The Founding of Killarney Legion GAA

The Club was founded on a March evening in 1929 when a group of eleven men held a meeting in the then Temperance Hall in High Street, Killarney. The first Chair man of the Club was Maurice O’Leary and the first Secretary was Joe Cooper. The meeting did not elect a Treasurer as in those days money was scarce and always spent before it came in. Vince Doyle was elected first team captain. These were the Clubs founding fathers.

Our Club Crest is based on the traditional symbol of the G.A.A., The Celtic Cross. The panels to the left and right denote the year of the foundation of the Club, 1929. The panel at the top bears a football to represent the football played in the club. In the bottom panel a sliotar is shown to represent the hurling within the Club. Each panel is held in place by a circle divided into four parts, this shows the name of our Club. Killarney Legion G.A.A. Club. The left and right panels are joined together by three blue lozenges, which represent the jewel in Killarney’s crown. Our Upper, Middle and Lower lakes.

Immediately above these is shown the doorway to the oratory on Innisfallen Island, which dates back to beyond the year 1200A.D. It was on this island the famous Annals of Innisfallen were written from A.D. 1090 to A.D.1300. This doorway is done in the Hiberno-Romanesque style. Underneath are shown sprigs and fruits of the Arbutus tree or Strawberry tree, ‘Arbutus unedo’. The Arbutus tree was introduced to Killamey from the Mediterranean and is to be found nowhere else in Ireland or the British Isles.

The name Arbutus is synonymous with Killarney and is often seen to figure in the name of businesses. There is a company trading in Killarney for nearly one hundred years, which uses ‘Arbutus’ as its trade name. The Arbutus hotel in College St. is a long established and flourishing place of trade. The Celtic Cross is a suitable symbol for our Club as many members have won in all grades, many gold crosses as All-Ireland winners in both football and hurling.

Six brothers of the Lyne family played for the club. Fr. Mikey was the eldest and won all Ireland medals at Senior, Minor and Junior levels. He served most of his priestly ministry in Scotland and was for many years PP of Parkhead in Glasgow. 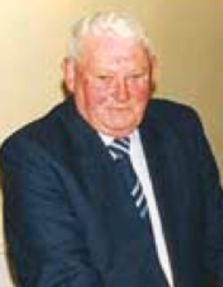 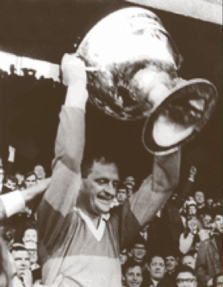 In 1969 Johnny Culloty brought the Sam Maguire cup back to the club and county. Kerry defeated Offaly in the final 0-10 to 0-7, thus becoming the first Sam Maguire winning captain from East Kerry. 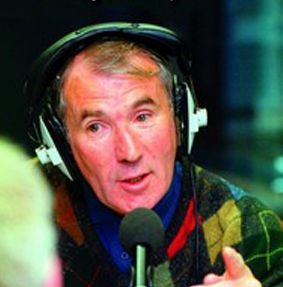 In 1993 and 1994 our then club PRO Weeshie Fogarty brought more National honour to the club. In both years Weeshie won the McNamee award for the best club PRO in the County. Winning back to back McNamee awards which is an honour never achieved before or since.

Medals Won by Legionnaires outside of the Club