With 2 swings of his right boot Jonathan Lyne wrote himself into Kerry GAA folklore. The Gaelic Grounds in Limerick was heaving, tension was in the air as Mayo and Kerry went toe to toe for the 2nd time in a week in a real blockbuster. The game was in the balance when Jonathan was introduced in the 58th minute and as it went to extra time,”a grain of rice” could tip the scales. That grain of rice came from Cleeney. Jonathan came from a strong Legion and Kerry bloodstock. His Grandfather Dinny captained Kerry in the 1947 All Ireland Final in the Polo Grounds New York vs Cavan. His cousins, the Spillanes of Templenoe, came later. But here was Jonathan carving his own piece of history. His 2 points in extra time on that August Saturday evening in 2014 were greeted with roars that could be heard in New York. They ensured Kerry made it to Croker for an All Ireland Final they would win but everyone will tell you the year was made that day in Limerick. Jonathans Kerry career started in 2008 with the minors, followed by three years at U21.He made his senior debut vs Clare in 2012 in the very same Gaelic Grounds and was a regular starter in the preceding years in the National League.2015 was probably his best year in a Kerry Jersey, solidifying his place at left half back ,making 7 League appearances and 6 Championship appearances. The team made it all the way to the All Ireland final that year, losing by 12 points to 9 to Dublin. But so effective was Jonathan on the day he kept his direct opponent, no less than Ciaran Kilkenny, scoreless while helping himself to a point. He deservedly was nominated for an All Star in 2015.He continued to be a regular member of the squad in the intervening years where his versatility meant he was a vital member of the squad. Having opted out in 2018 to do a bit of travelling he found himself recalled to the panel by Peter Keane and again was a very influential member of the panel. On New Years Eve 2020 he announced his inter county retirement but his performances for the club haven’t waned one bit and hes sure to be an integral part of the Clubs senior team for years to come. 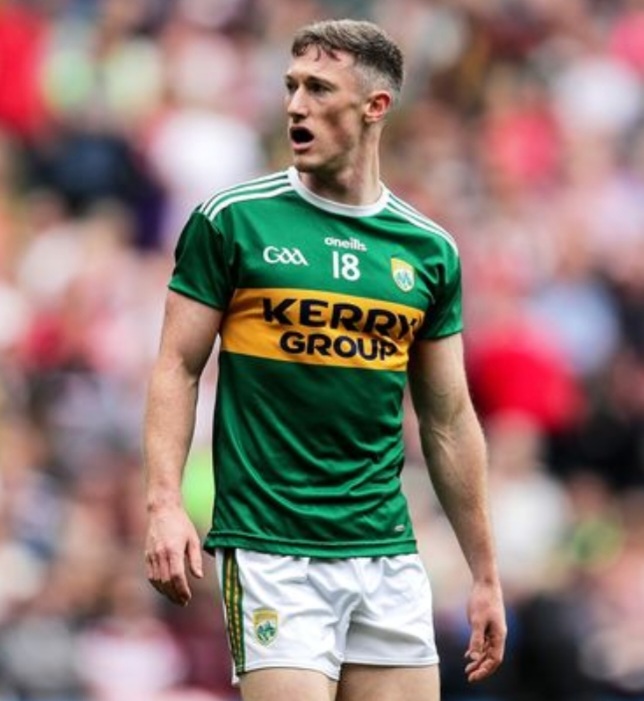