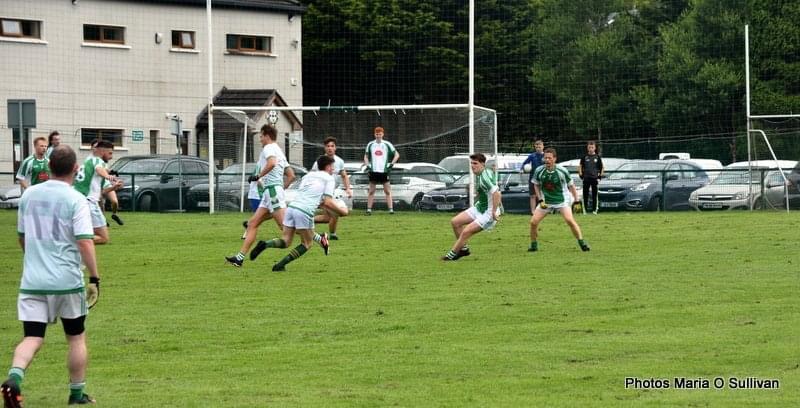 The Senior B Team made it two home wins in a week with a comfortable but impressive victory over Na Gaeil on Sunday. Luke O’Donoghue, who had a fine first half, opened the scoring which was quickly followed by a Peter McCarthy goal. Evan Smith would later steal in for another goal while Gavin Moriarty, Cian Sheahan and Rob Lucey all kept the scoreboard ticking over in a one sided first half. Luke O’Donoghue picked up where he left off early in the second half while the two Cians, Sheahan and McCann added further goals. The biggest cheer of the day came when Noel “Mini” Moynihan slotted over a point while Gavin Moriarty added a fifth and final goal with a piledriver. Na Gaeil , to their credit , battled away and they plundered a couple goals of their own to see the game finish with a 5-17 to 3-8scoreline. A feature of the last few games has been the number of young players  lining out , with the Dingle game seeing twelve of the first fifteen being under 21. If they can  progress and train to their highest level the future can be bright. Also a big thank you to Maria O Sullivan and Linda O Donoghue who made sure both teams were fed and watered after both home games, a nice touch for any visiting team.
This weekend the B team are away to Beaufort while the Senior team welcome Ballymacelligott to Direen for the final round of the County League. With this being the final competitive game before the commencement of the Intermediate Championship a good performance is imperative. Throw in is 7.30pm.

Sport was put into context last Monday night when the U13 Boys faced Firies in the County League Division 2 Final in Fitzgerald Stadium. However the night took an unfortunate turn when a mentor from the Firies club took ill during the first half. Thankfully the actions of some spectators and expert medical attention meant a full recovery is now anticipated. We would like to wish him a speedy recovery and especially thank everyone who assisted in any way.

Our U15 Green team opened their East Kerry League campaign with a great win over Keel/Listry last Wednesday. A goal fest saw them run out 5-11 to 0-14 winners. They now face Rathmore in Round 2 which takes place on Monday 4th July in Direen.
The U17 Boys had a dress rehearsal for their East Kerry final when they entertained Gneeveguilla in Direen last Monday. Running out 5-13 to 5-10 winners a similar result will be hoped for in the final, which will be played on Monday July 11th, venue to be confirmed.

Our two U14 teams were in action this week. The Green Team had a comfortable win over Moyvane on Monday while the White Team went down to Dr Crokes on Sunday.

Our Minor team were celebrating on Thursday night after reaching the County League Final. This was courtesy of an impressive win over Kilcummin in Direen. In what is always an intriguing and close affair it was only in the second half that the screw was turned thanks to goals from Aine Devlin and Caelyn O Grady. Although scoring 3-14 is always a solid platform, plaudits must also be given to the defence who managed to snuff out what is always an excellent Kilcummin attack. With the final not scheduled for another month it gives both team and management time to plot out its course.
Team 1. Amy Walshe 2. Ciara O Neill 3. Ciara Doolan 4. Ally Casey 5. Grace O Connor 6. Eabha Stacks 7. Aisling Cahill 8. Lucy Spellman 9. Orianne McGillicuddy 10. Amy Doyle 11. Chloe Hue 12. Andrea Murphy 13. Becci Fleming 14. Aine Devlin 15. Caelyn O Grady 16. Emily Brosnan 17. Evie Fahy 18. Elle Coffey 19. Emma Horan. 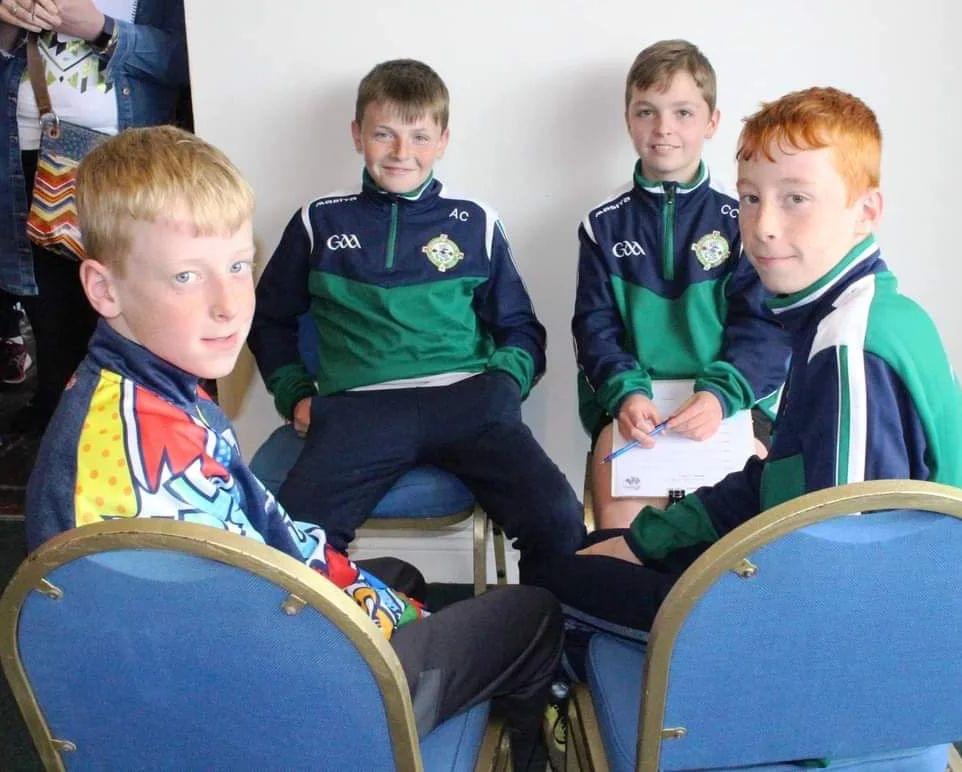 We were also proudly represented in the Trath na gCeist section by Adam Counihan, Callum Cox and the Horan brothers, Sean and Dara. Well done everyone!!

A great week for two of our members. Sarah Leahy continued her metaphoric rise with her selection on the 4 x 100m Relay Team for the World Championship in Oregon in USA. Having recently raced in the prestigious Diamond League meets this call up is another step on the ladder.
Ethan O Neill has also been rewarded for his strong rowing performances with his naming on the Irish Junior Squad competing in the Home International Regatta which is being held at the London Docklands Regatta Centre. Best of luck to Ethan in the weeks ahead.

Huge congratulations to Jonathan Lyne and his new bride Adrienne Brosnan who celebrated their big day last Friday in St James Church Glenbeigh with the reception in the Great Southern Hotel . We would like to wish the happy couple the best of luck for the future. You’ll find it hard to meet two nicer people!!