Our U11s hosted Gneeveguilla last Thursday evening and thoroughly enjoyed their evening as they continued their winning run in the East Kerry League. Next up is an away trip to Cordal which will be their final run out of the year.
Well done to our U17 Boys who beat Beaufort in the Minor Club Championship last Sunday evening at the Mid Kerry venue. On a wretched night for any game they battled back from a half time deficit, 2-10 to 1-8, to force the game into extra time. They were the stronger team in this period and eventually ran out four point winners, 2-22 to 2-18.
A big well done considering the terrible conditions both teams had to endure. They face the Skellig Rangers/ Valentia combination in the semi final this Saturday September 10th at 4pm in Direen

The U14 Green team had a titanic battle with Beaufort in Direen last Friday evening in a game finished in an incessant downpour. But that didn’t take away from the quality of the fare as both teams gave their all. The Girls performance in the first half ,against a team who operated a couple of divisions higher in the County League, was superb but the Mid Kerry side clawed it back in the second half to earn a draw. The next round of the East Kerry League sees us travel to Glenflesk.
Our u14 girls ‘white’ team opened their East Kerry league campaign as Currow were the visitors to a wet and windy Direen.In a real game of two halves the girls built up a healthy first half lead. Of course Currow had the advantage of the elements in the second half and they battled hard to close the deficit but the home side held on for the win
Well done to both teams who served up a very entertaining game in extremely challenging conditions.Final score
Killarney Legion 8-05, Currow 3-14.
The Minor Girls faced Beaufort on Friday evening as well in Direen. The rain stopped and the sun broke the clouds in time for the throw-in and two well timed first half goals was the main difference at half time, with the home side 2-6 to 0-9 ahead. Again two well-timed goals early in the second half gave the girls a decent cushion which Beaufort, despite kicking some fine points, couldn’t bridge. Final score in this East Kerry League clash was Killarney Legion 4-13 Beaufort 0-12.

This Sunday September 11th we will be hosting our Club family day after an absence of three years. On the day there will be plenty of crack with games and fun challenges, refreshments as well as the usual barbecue fayre will be by Muckross Creamery Ice Cream, the Black Sheep Coffee Dock as well as Killarney Brewing. There will be entertainment by way of some set dancing and maybe the old song or two by a willing member. All this for the splendid value of 10 Euro per adult and 5 Euro per child. See you all there. 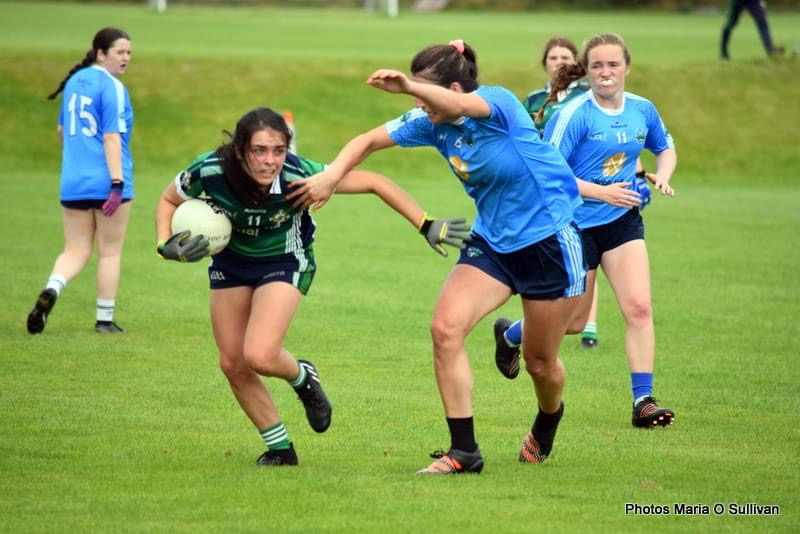 The Senior Ladies deservedly claimed a draw with a stirring finish to what was always a competitive and enjoyable contest against Firies played at a dry but breezy Direen this afternoon. Following on from last week’s draw with Clounmacon/Moyvane they maintained their unbeaten run in the Junior A Championship and the nature of their second half performance will please them most. Driven on from midfield by Kerry senior panelist Keri Ann Hanrahan they reeled in Firies who after ten minutes in the second half led by as much as six points. Fellow Kerry player Elizabeth Mohan caught fire in this period also and both needed to show their quality against an Emma Costello inspired Farranfore outfit.

The visitors made the better start to proceedings hitting 1-2 early on without reply before wingback Andrea Murphy stole upfield to clip over her side’s opening score. Full forward Anne Marie O Sullivan then got in behind the visitors defence to coolly finish to the net. Andrea hit a beauty with her left as Firies led by 1-3 to 1-2 at this juncture. But again the Legion forwards combined well with Julie Kelly at the end of a fine move to slot home another goal. This marked a period of dominance now for the home side but a combination of good goalkeeping and some sloppy finishing saw some chances go awry. Firies finished the half the stronger and indeed Legion would be very thankful to goalkeeper Deirdre Lyne, calm and assured throughout, who pulled off a full length penalty save and although beaten not long after the save kept them in touch at half time, trailing by two, 2-4 to 2-2.
Firies again came out of the traps flying in the second half hitting four points to Elizabeth Mohan’s one, an excellent placed ball effort, thereby pushing out their lead to 2-8 to 2-3. At this point and playing with the aid of the breeze a full court press was applied to the Firies kickout and it yielded results with Elizabeth from a free and Mairead O Donoghue and Aine Devlin from play cutting the gap to 3, 2-9 to 2-6. Elizabeth then hit a rocket to the roof of the net following a patient and well worked move and now the sides were level.  However in the blink of an eye Firies ran in for a goal themselves to pull three clear again but there was no hint of panic settling into the Legion ranks. Elizabeth from a free and play answered another point from Firies, score now 3-10 to 3-8. Aine Devlin chipped over to leave the minimum between the sides and set up a grandstand finish.
Again huge pressure from the Legion front eight on the Firies defence saw them force a turnover and Player of the game Elizabeth Mohan had a long range effort that dissected the posts. From the kickout referee John Purcell ,whose  approach lent greatly to the game, blew his whistle for the final time and few would argue that a draw wasn’t a fair result. Full credit to both teams who played with real endeavour and gusto in what was a great advertisement for Ladies football.
Cromane is the destination for the next round which will be played next Sunday September 11th at 12 noon. With a few additions to the panel to return the squad will be looking forward to the remaining rounds in the Championship. 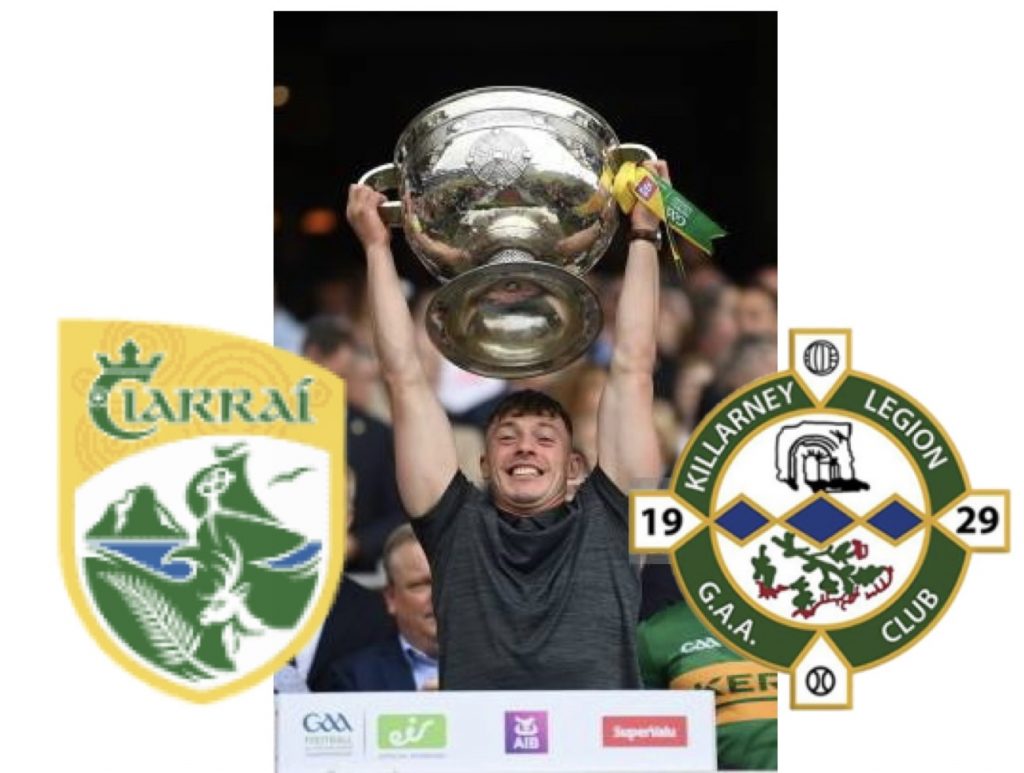 The countys favourite Corkman, Sam Maguire, won by Kerry this July for the 38th time , will be the guest of honour at our Academy this Saturday morningSeptember 10th. The Academy is underway again after its restart this past Saturday and the presence of the most famous piece of silverware in Irish sport will undoubtedly be a huge attraction . Make sure to have the cameras ready for your own exclusive pic.