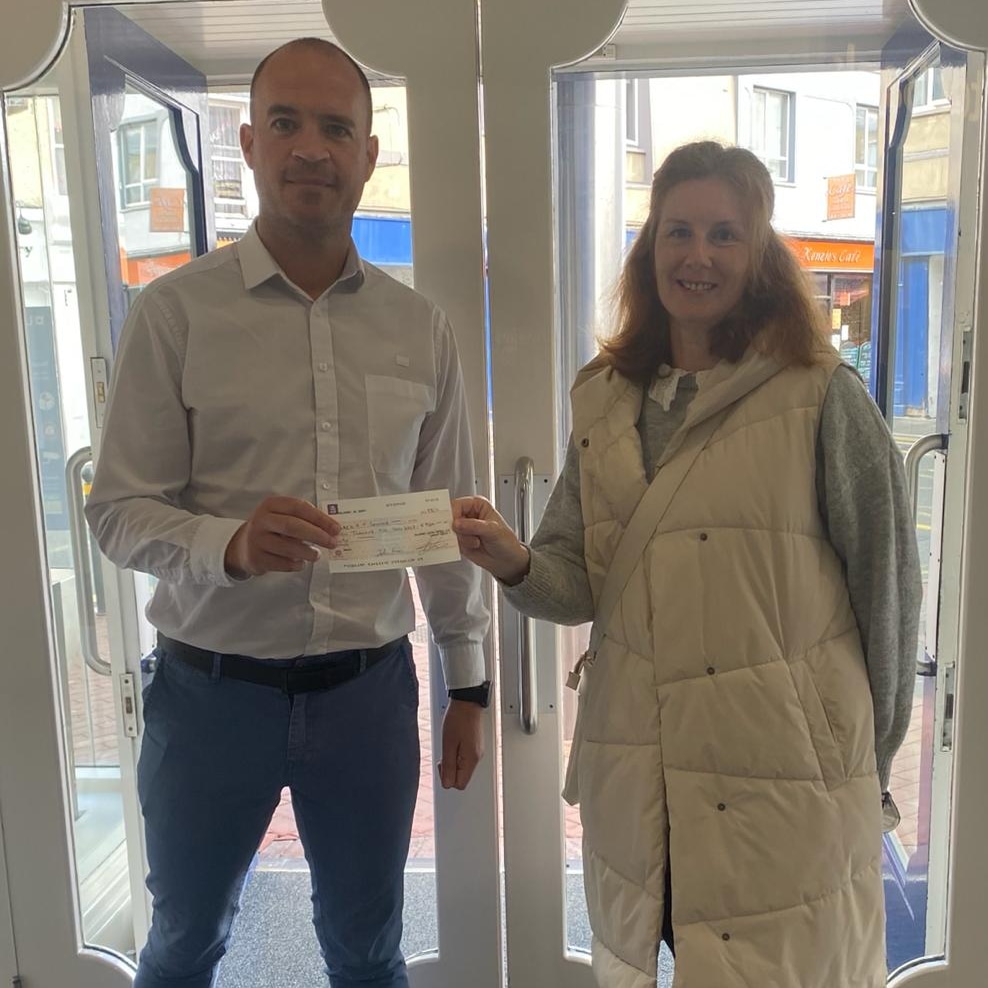 We had a winner in our Lotto draw on Sunday September 4th. Woodlawn native Sheila O’Connor, now resident in Kilcummin, carried the 7,600 Euro Jackpot as her numbers matched the 4,7,11,28 combination drawn. A regular player of our Lotto we congratulate Sheila on her win.

A busy weekend for our Senior Ladies as they bid to progress in the Junior A Championship. Abbeydorney were the visitors for a Friday night game under the Direen lights. The North Kerry side made a whirlwind start leading by 3-3 to no score before Mairead O Donoghue and Elizabeth Mohan with points and Clodagh Sheahan with a goal replied. Abbeydorney kept the scoreboard ticking over till half time but further points by Andrea Murphy, Elizabeth Mohan and Julie Kelly followed by a Mohan goal saw the score at 5-9 to 2-6 at half time.
The second half started in a welter of excitement as Elizabeth Mohan pounced for two more goals and it was definitely game on at 5-10 to 4-6. But Abbeydorney put the foot on the gas again to pull further clear and despite a well taken point by Caelyn O Grady and another 1-1 from Elizabeth Mohan they couldn’t make any further inroads into the Abbeydorney lead. Still the contribution of Elizabeth Mohan , who notched 4-4, cannot be passed without recognition.
On Sunday morning they headed to Glenbeigh to take on table topping Cromane knowing that they had to either match or better Clounmacon/ Moyvanes result  who were facing Firies, to advance. After a hour of serious endeavour and commitment, having put it up to Cromane they fell just short , losing by just two points, 2-14 to 1-15. So it was on how Clounmacon/ Moyvane would do against Firies. Again another close encounter, which saw the North Kerry side come on top by two points. A very tight group, the girls just came out on the wrong side of things, where a kick of the ball either way would see them qualify. They will have learned a lot from their experience of playing at the higher grade this year and will have seen what it takes for a young group to continue to progress in the years ahead .
John McCarthy and his management team also deserve acknowledgement for the time and effort they put into the team.

The U11 Boys were competing in the East Kerry League in recent weeks and had enjoyed outings against Kilgarvan and Gneeveguilla. The final round was in Cordal and in a very entertaining game they came on top against the hosts . These games are a great introduction to game scenarios having honed their skills at Academy level. Well done to the management and players on a very enjoyable series of games. 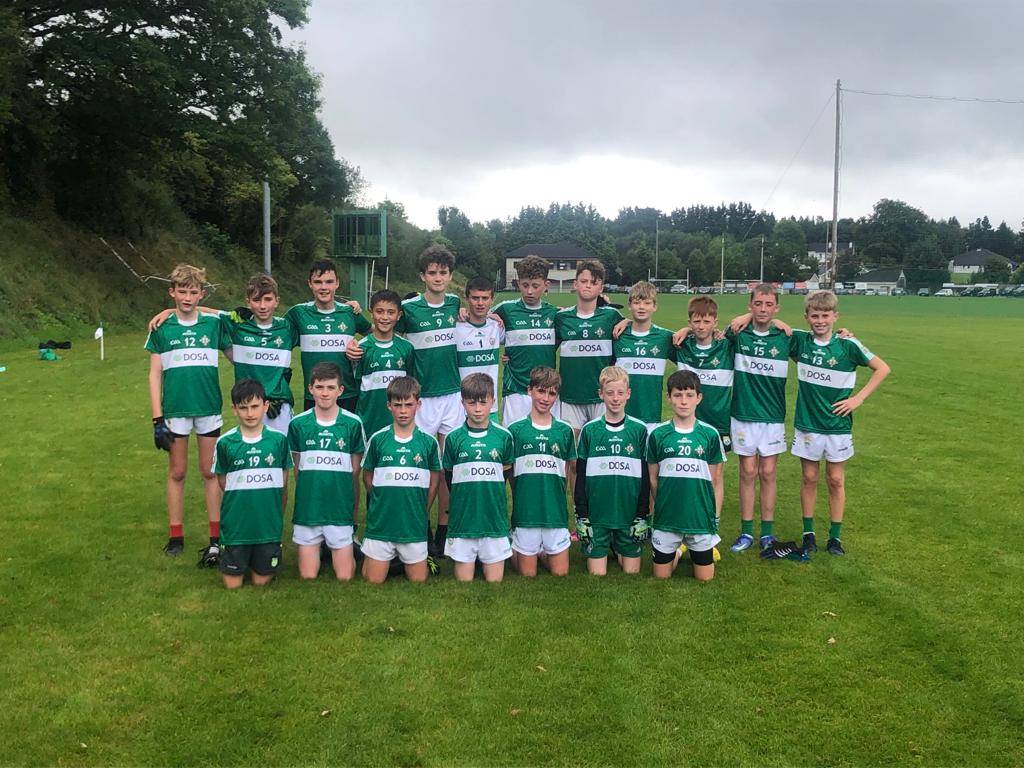 Our two U13 Boys teams renewed acquaintances with Firies in the East Kerry League last Sunday morning. Always competitive both clubs seem to be evenly matched with little between the sides .The White team were quickly into stride and never looked in danger as they won on a 5-7 to 0-8 scoreline.
The Green team struck for the All important goals at the right time, dovetailing nicely with some nicely taken points eventually winning by 4-14 to 1-11 .
Despite the overnight inclement weather the pitches were in good shape and well done to all 37 players who togged out this morning.
Thanks to Firies for two very competitive games , played in a sporting manner, both games were well officiated by referee Eddie Walsh.
The U17 Boys, by virtue of beating Beaufort in a real humdinger the weekend previous , faced a Skellig Rangers/ Valentia combination in the Club Championship semi final last Saturday afternoon in Direen. A goal from the visitors gave them the advantage early on but a solid second quarter saw the teams level at half time, 0-8 to 1-5. Another goal by the South Kerry side saw them lead by two at the three quarters stage, 2-6 to 0-10. Unfortunately they finished much stronger and despite a goal from Oisin Fleming it went the way of the visitors. Full Time Score Killarney 1-12 Skellig Rangers/ Valentia 2-16.
Legion Scorers..Oisin Fleming 1-5, Liam Cronin 0-3, Bryn O’Flaherty, Josh Bowler, Tom Benson, Eoghan Crowley 0-1 each.

The U12 East Kerry League commenced last Wednesday where Listry was our destination for a date with MKL Gaels. The home side made the better start but the girls eventually settled into the game and by half time only trailed by 1. A renewed effort in the second half allied to some great goalkeeping and lovely teamwork saw the girls come out on top at the final whistle on a 0-11 to 2-3 scoreline. They will now face Scartaglin in Direen on Wednesday September 14th.
The unbeaten run by our U14 Girls was maintained when they overcame a one point halftime deficit to see off the challenge of home side Glenflesk.  Three first half goals were crucial as they played against the breeze, as was holding Glenflesk to 2-7. The second half was even better as both sides really went for it, For the most part it was tit for tat and a crucial goal in the dying embers saw us emerge by 6-10 to 5-9. This result guarantees the team a place in the A Final. It was a pity that there had to be a winner and a loser as both teams deserve huge credit for a cracking contest.

Well done to our Senior B Team who got the better of Kilcummin last Friday evening in Direen in the McElligott Cup semi final, Winning on a narrow 1-11 to 2-7 scoreline. They will now face Fossa B in the final which will most likely be played this Friday September 16th.

With the weather warnings posted earlier in the week our Social Committee made the wise decision to defer our Club Barbecue. Reliant on good weather to be fully enjoyed the Gods did not smile on us on this occasion. However a day previous on Saturday Sam Maguire was a very welcome visitor to Direen as excitement levels went through the roof. A great opportunity for that priceless and timeless photo, it was a day that will live long in the memory of our younger generation. Special thanks to our Kerry rep Cian Gammell who was affable and accessible in equal measure.