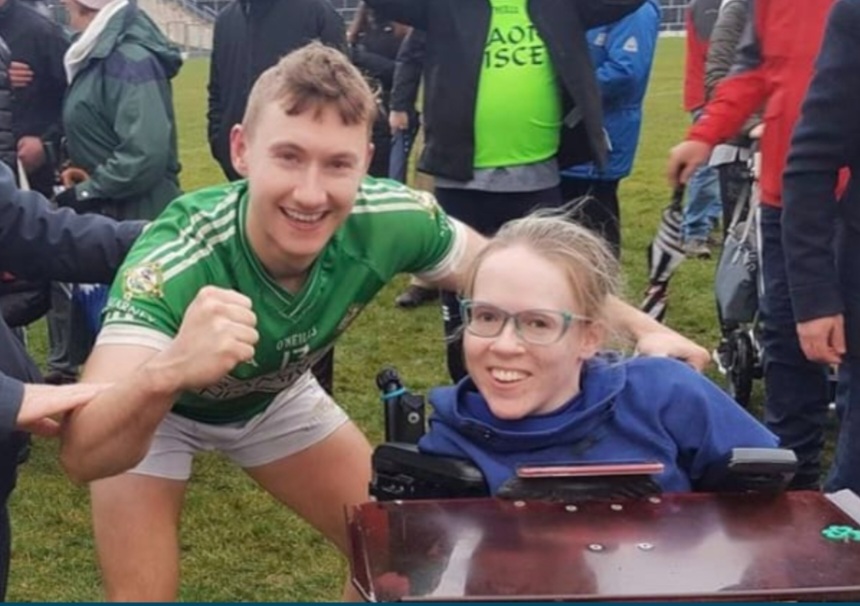 The Club is delighted that Joanne O Riordan has accepted an invitation to join our Executive Committee in the coming year 2023. Joanne has been an Honorary Life Member since 2015 and joins the committee in an advisory role.

Joanne, a native of Millstreet , is a prominent campaigner for disability rights and has addressed the United Nations in New York in 2012 and later that year at the tender age of 16 she was honoured with the Young Person of the Year Award. In 2015 she received  a JCI Top Outstanding Young Person of the Year Award. She has spoken at conferences all over the world, challenging the stigma surrounding disability.
A documentary made by her brother Stephen called No Limbs No Limits has won acclaim all over the world and has been viewed over 15 million times.
In 2018 Joanne graduated from UCC with a BA in Criminology and is a regular contributor to the Irish Times.
She is no stranger to Direen of course, rarely missing a game and the Club is thrilled that she will be strengthening her involvement.
Chairman Dave Randles sees Joanne “as an extremely valuable addition to our team and her life experiences will benefit our club no end.”
Joanne is equally excited. “I’m absolutely honoured to be joining the Killarney Legion GAA Club Executive. I’ve been with the club every step of the way in the last 8 years and I’m now delighted to be in a position where I can help to drive the Club forward.”